Last year, when I made the decision to really dig into my family history, specifically into Gord and his letters, I didn’t really have any idea of the scale of work I was in for or how much of a challenge it would be. There are so many little details and facts that I am starting to uncover and finding the best method for managing everything has been a bit of a process – I’m a list maker, a note taker, and a lover of all things Excel. I like things to be organized and neat, and to sit right where they belong. This project has been an exercise in flexibility if anything. I very quickly learned that not everything will fit into a neat little box, there will be portions of this puzzle that might always be missing a piece, and I’ve come to accept that.

As I wind up the tail end of my mini holiday vacation, I’ve really been diving into all of the random scraps of paper and unlabeled photos that accompanied the letters. I’ve spent the last couple of days lost in photos, notes, and research. It’s become apparent that with the first letter post coming up in a couple of days, a cast of characters could be a useful thing for everyone.

I expect this list to grow with time, but these are a few of the key folks that we’ll be introduced too early on.

Gord – the man himself. He’s young, from Peterborough area originally. I have heard a few different things on his age when he joined the military, but official paperwork shows him as 19 in 1943 so we’ll go with that. Later letters are signed as The Oakwood Kid, which is where the blog name was born from. Oakwood, Ontario is where (I believe) his parents moved to around 1944, and possibly where they were originally from – Oakwood is in the Kawartha Lakes area (like I said, pieces are still missing).

Gord’s Mom – Amy – everything I’ve found in all my dives into the family history, and from everyone I have spoken to, suggest that Amy was a wonderful woman. Gord certainly seems enamored with his mom, and I can’t wait to learn even more about her.

Gord’s Dad – Edward – I’m still digging through bits and pieces to try and learn more about Edward. He passed away when my mom and her siblings we’re very young, so there’s not much first-hand knowledge about him around.

Bin – Gord’s sister, and my Grandmother. I didn’t know Bin very well, she passed away when I was quite young, but my mother adored her, and my brother had an incredible relationship with her. Gord was very clearly quite close to his sister, and the rest of his family.

Marg – a friend of Bin’s, and possibly a love interest of Gord’s.

Waugh – A friend of Gord’s from back home that he meets up with in the military. 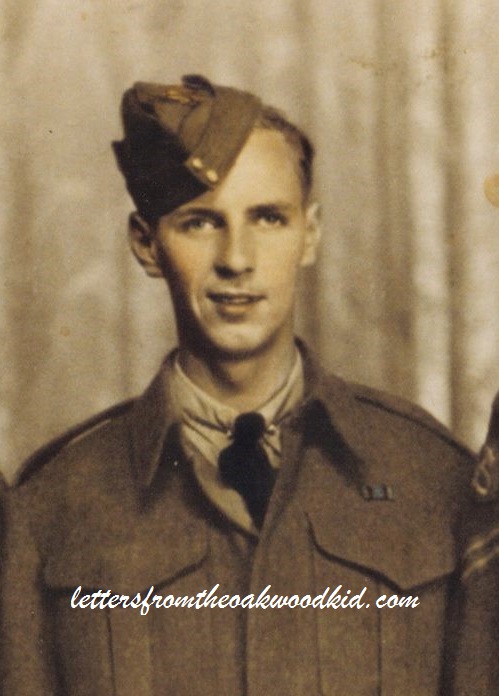